A few months back my husband went out and bought a Google mini to try out. He’d heard a lot about them and wanted to play-test one and see if they were worth all the hype.

It was during the holidays and the kids were all down.  We all laughed at our eldest talking to Google and trying to trip “her” up.  Even our (almost) 6-year-old grandson got in on the act once we figured out he could ask Google to “tell him a joke.”  We’d later learn that she could also play games, tell stories, broadcast messages from one mini to the other among a variety of other skills — some more useful than others. 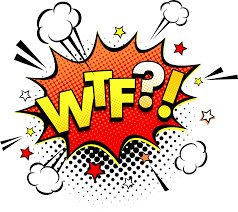 There were on sale that week, so after a few days of amusement hubby went out and bought 2 more.  My favourite thing to do was to have it stream a radio station or a Spotify playlist and have it play on all of the speakers so the music literally flowed through our entire house.

There are quite a few other great options with the system that are totally customizable.  Simply saying Good morning kicks off a weather report for our area and highlights of our area news, and national news.  It can also turn lights on and off (if you have the special adaptors and/or switches to facilitate that). You can set up goodnight, I’m home and a variety of other triggers too.

The addition leaves us feeling rather Jetson-esque.  It’s great to be able to quickly refer to google without having to dig into your pocket.  I don’t know how many times I’d asked it to calculate this or that or look up a piece of information.

Another great feature is the “where’s my phone” feature.  Shh. Don’t tell hubby I said that’s one of his most used features.

My mother-in-law got an echo for Christmas so we began researching it a little more deeply to learn how to use it so we could help her learn to use it.  In the following weeks, hubby would go out and get door locks to work in conjunction with this new addition.  This, of course, would carry over to our house as well. It wasn’t long before we had one in our living room too.

It was hilarious to be trying to address Alexa and having Google complain that they didn’t know who we were talking to, and Alexa doing her version of the same.  At least the programmers had some fun with it.

Somewhere along hubby’s research path he learned that the automatic door locks, thermostats and what not worked better with Alexa than they did with Google.  We’d been looking at the corresponding “tablets” and weighing the worth of possibly getting one of those for the kitchen.  Could be a lot of fun for looking up recipes — E-friendly too because you wouldn’t have to print it out.  I wonder if you can save recipes to it though, I’ll have to look into that.

We discovered an interesting additional feature on Alexa this morning.  Boredom got the best of me and I said, “Alexa Good morning” to which she replied good morning and informed she had a great shelf of books and that we could ask her daily what book she was reading.  I went to look it up and found that they are adding new features to their system for our use and enjoyment. Aside from getting your news on demand (and hands-free!) there a wide variety of things to try.  You can check them out here.

We’ve added a couple more echos and a Show to our “family” recently and have been enjoying the getting to know you phase of this new relationship.  Our grandson loves Alexa SO much because Google quite often didn’t understand what he’d said and Alexa seemed to be much more forgiving.

He loves that Grandpa got one for the spare room so he can lie in bed and ask Alexa to tell him jokes or tell him a story.  Grandma and Grandpa have learned that being able to tell Alexa to play lullabies or play Disney music is a wonderful feature for the littles.  It also has a drop-in feature so you can use it for an intercom and check on what’s happening in that room (aurally not visually).

All in all these toys both have their great features, and we’ll keep them both if only because it’s amusing to hear them argue with each other when we address one or the other.

We’re trying out a new topic to be featured on the blog regularly. A tongue-in-cheek “WTF,” which we’re using for “What Tammy Found.”  You may find a product review, a new website or hangout, who knows what I’ll find.

Thanks for stopping by!